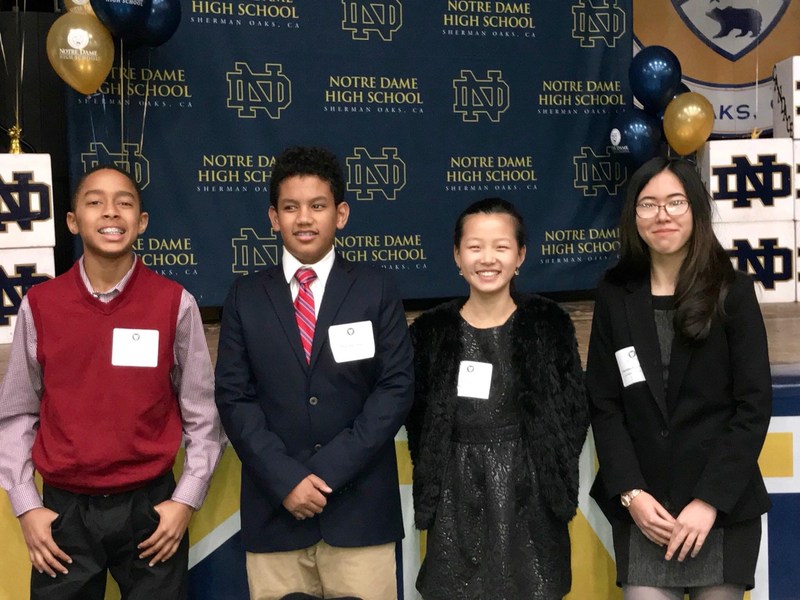 Four Chapel Students were honored at a special dinner at Notre Dame High School for scoring in the top 10% on their 2018 entrance exams. Congratulations to Christina Arguello, Jalen Cofield, Malcolm Cleare, and Lea Sung. Chapel salutes these students for their academic excellence and personal growth. They exemplify what it means to be "Chapel Stars!" 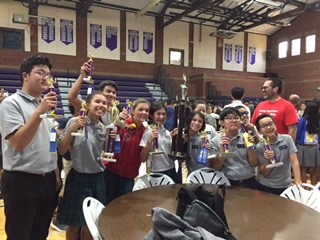 Who Says Dire Wolves are Extinct? Impossible! They Just Won the 2018 Quiz Bowl!

Chapel's Dire Wolves defeated 23 L.A. Catholic Schools at the 2018 Quiz Bowl on Saturday, February 3rd. Last year's Chapel decathletes brought home gold in all three jewels of the decathlon Triple Crown, so that team was a hard act to follow. With only one returning member, only two eighth-graders, the largest Quiz Bowl ever, and the most difficult study guide in the history of the competition, Chapel took first in both team events: Logic and Super Quiz. The team earned honors in seven of the eight individual events. When all the scores were added up, Chapel was awarded the championship trophy. It was an impressive win because our ten did it with hard work, honor, team work. and style. The team took inspiration from five members of last year's team and other grads who came to cheer the decathletes on. This was the 16th Annual Cathedral High Quiz Bowl. It is the 12th time Chapel has brought home the Gold. 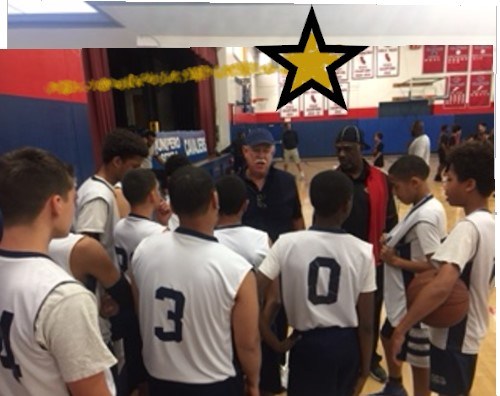 Another Big "W" for our Boys' "A" Basketball Team!

Yes, on Saturday, February 24, our "A" basketball team bested St. Phillip School in Pasadena by a score of 52-42! Congratulations to our Boys' "A" basketball team and coaches. This win makes CCS one of the top four teams in the Los Angeles Archdiocesan Playoffs. Chapel will play tomorrow at 1:00 PM against St. Philomena School at Serra High School located at 14830 South Van Ness Avenue, Gardena, CA 90249. A big thank you to our incredible team and amazing coaches (who would love to see the stands filled with Chapel fans on Sunday). Goooooo Wolves!!!!! 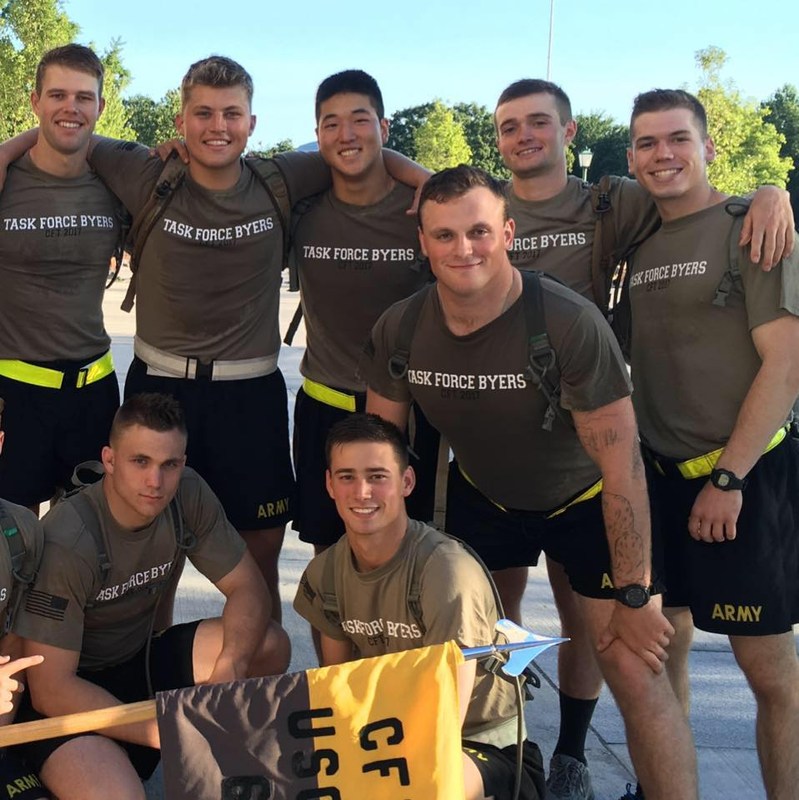 Matthew Yu attended chapel from kinder through eighth. He went on to Loyola High School where he played football and maintained high grades. Matthew was not only a great student but always fun to be around. He brought laughter and good will wherever he went-tall, strong, deep, and kind. We wish him well at West Point and pray for his safe service to our country. 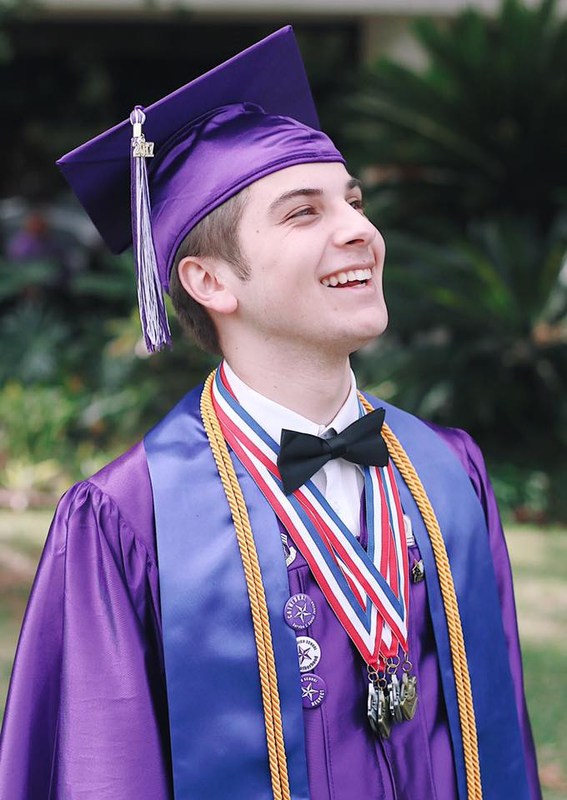 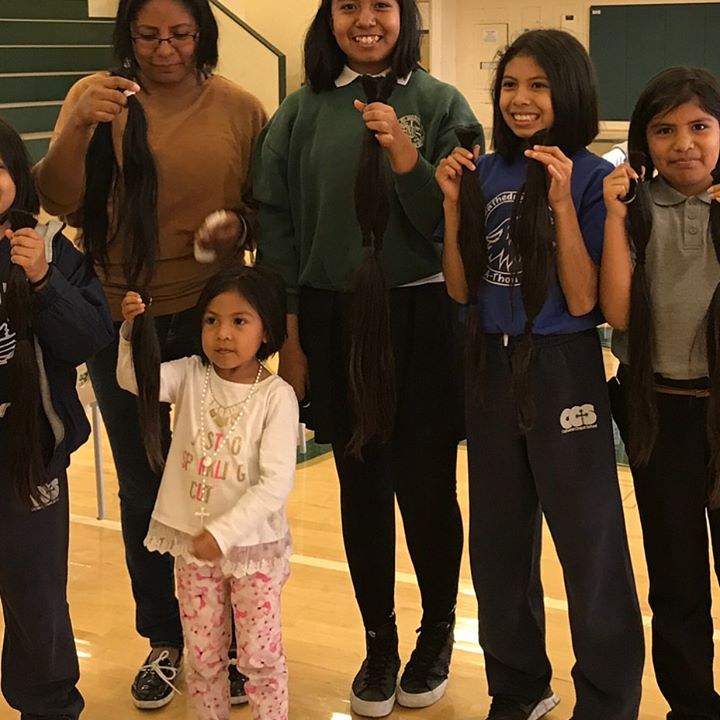 Chapel Family Gives From the Heart and Head for Cancer Patients!

Sheila Castillo has the most beautiful new hair style. The reason she does is both precious and humbling. All the girls in her family gave their hair, nearly 10 feet in length overall, to a charity that makes wigs for cancer patients who've lost their hair while undergoing chemotherapy. The charity drive was held at St. Monica's High School where sister Britney attends. Sheila and Britney were joined by sisters Alishah, Randi, Adonay, and mother Rebecca. God bless the Castillo family!!

May Procession This Year Is Dedicated to World Peace

Gabriel Fellin will escort this year's may queen Abigail Manriquez in the annual procession to honor Mary, the mother of Christ.

Congratulations to all of our religion bee participants. Our top finishers in
the K-3, who all tied for 1st place, were Adrienne Martinez (1st), Oyikien Inya-Jacobs (2nd), and Aden Lee (1st). In the 3-5 Bee, the fourth graders took all three top awards: Reese Salonga placed 1st, Renge Salonga placed 2nd, and Cliff Connors placed 3rd. In the 6-8 competition, Skye Connors (6) took 3rd, Marco Castro (6) was 2nd, and Grace Kim (8) was awarded the 1st place trophy.

Congrats to Chechi Amah and Jacob Bryant for Speech Awards!